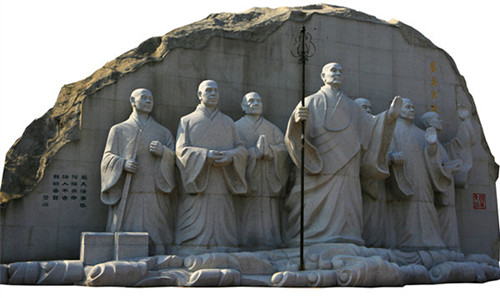 Jian Zhen was an eminent monk of the Tang Dynasty (618-907), born in Yangzhou and who became a monk at the age of 14 at the Dayun Temple in Shanxi then returned to Yangzhou's Daming Temple. Jian preached Buddhism in Yangzhou, built temples and statues of Buddha and repaired Bodhimandas. He also explained religious law to the common folk, transcribed Buddhist scriptures, practiced medicine and reached out to more than 40,000 people. In 742, he was invited to Japan and spent more than a month there preaching Buddhism. He also introduced China's architecture, sculptures and medicine to Japan and contributed to exchanges with Japan.

Zheng Banqiao (1693—1765), known as Zheng Xie, was born in Xinghua, Jiangsu and came to be known as one of the Eight Eccentric Artists of Yangzhou. He was a famous painter, calligrapher, and litterateur and was also a teacher, paint seller, successful candidate in the imperial exam system, and an official in Shandong. Zheng published the Banqiao Collection and his poems, books and paintings were appreciated by the public. Zheng painted orchids, bamboo, pines and chrysanthemums and was an outstanding artist of the Qing Dynasty (1644-1912). 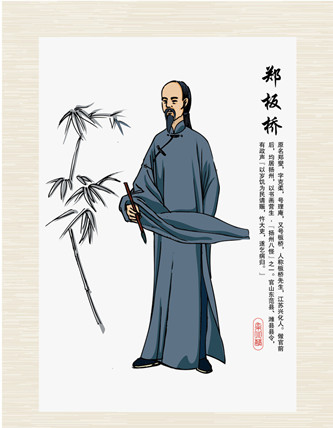