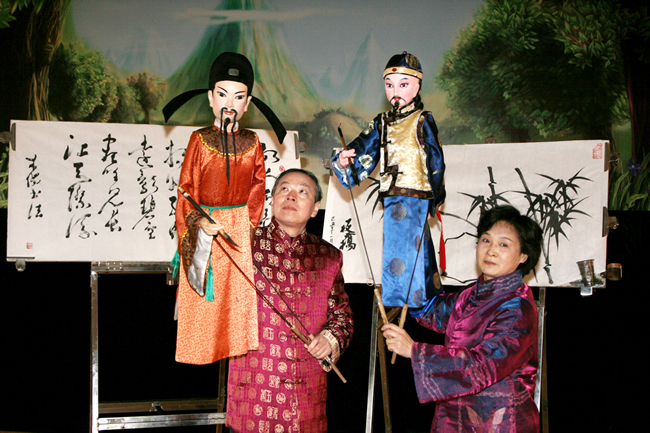 The Yangzhou's rod puppet show originated in the Tang Dynasty (618-907) and reached its peak in the Ming and Qing dynasties. It has enjoyed a prosperous development since the 1970s. The puppets have an aesthetic romantic color and an exaggerated action. They are not really human but could be more than human. The show is lively and vivid and gives audiences unlimited space for imagination. The rod puppet show has won over countless audiences for its exquisite acting techniques, beautiful array and humorous atmosphere. It occupies a special place in Chinese and international puppet art for its flexibility and quality.

The rod puppet show was listed as a national intangible cultural heritage asset in June 2008.