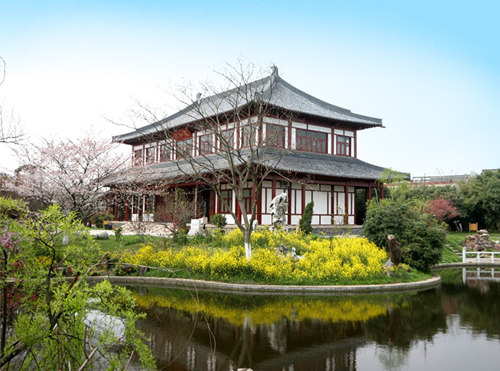 The Ancient Tang City Ruins Museum, one of the key cultural relic preservation units in China, is located in the south western corner of the Tang City site and stands at the site of  the palace of Yangdi, Emperor of the Sui Dynasty (581-618). 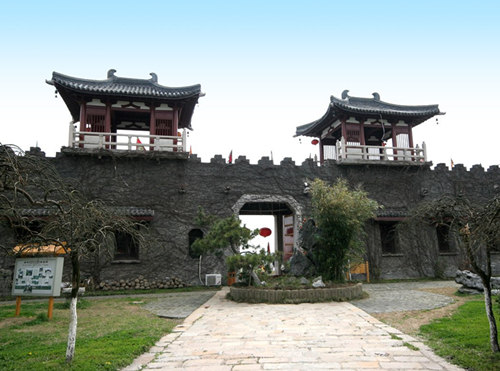 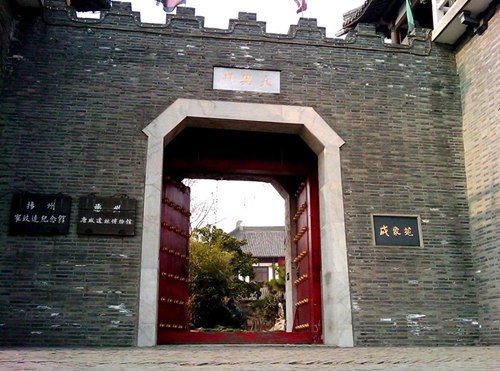 In the museum, there is also a display of the achievements by Choe Chiwon, a South Korean known as "the Father of Dongguk literature" and a friendship envoy of cultural exchange between South Korea and China.

The Tang-style flat bridge, with a length of 148 meters, traverses the moat of Tang City. That is the Gangou river course that Fu Chai, the King of Wu, had dug in the Spring and Autumn Period (770 to 476 BC). Here we find the Jiuqu Pool of the Sui and Tang dynasties as well as the Jiuqu Bridge—one of the well-known twenty-four bridges of the Tang Dynasty.

The design of this gate is based on Dunhuang frescoes and the archaeological record of Tang City of Yangzhou. The wall is six meters high. The lintel of the gate is in the shape of the Chinese character "八" (eight). The gate is composed of two side towers with a passageway between them. Above the passageway are three Chinese words "天兴门" (Tianxing Gate). Emperor Yangdi of the Sui Dynasty built the Jiangdu Palace here, which is also called "Enchanting Palace" or "Enchanting Building".

It inherited the name of "Yanhe Pavilion" which was built by Gao Pian, the last governor of Huainan in the Tang Dynasty. It was built in the architectural style of a Tang Dynasty palace with a double hipped roof.

Now Yanhe Pavilion is the main exhibit hall of the Ancient Tang City Ruins Museum. On the first floor is the theme exhibition hall entitled "Yangzhou in Moonlight"; and on the second is the exhibition hall for historical materials related to Choe Chiwon. 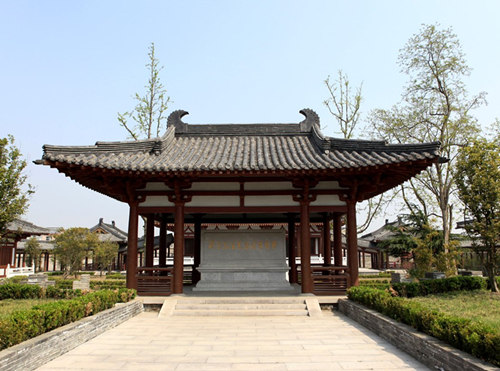