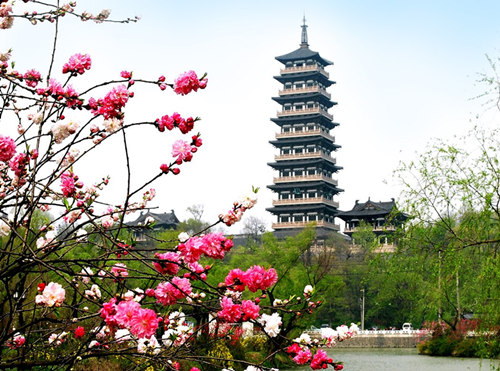 The Daming Temple is a national 4A scenic spot. Built during the Liusong reign period (457-464) of the Southern Dynasty (420-589), the temple is a national cultural treasure for its religious buildings, relics, and beautiful gardens.

Many noted monks, emperors, princes and marquises, as well as cultural and literary celebrities, have visited the temple over its long history. 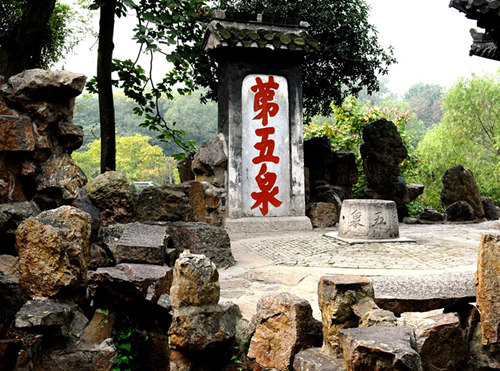 The temple's attractions include the following:

The renowned monk Jianzhen (688-763) was recognized as a messenger of China-Japan friendship in the Tang Dynasty and made a great contribution to communication between the two countries.

Monks from China and Japan initiated a memorial service for Jianzhen at the 1200th anniversary of his parinirvana in 1963 to commemorate his outstanding achievements in promoting friendly relations between their nations, and set up the memorial hall on the central axis of East Daming Temple Road.

The memorial hall, which features a Jianzhen's Life Exhibition Hall, a Chinese-style quadrangle courtyard, a pavilion with stele, and a memorial in the Tang style, spans an area of 2,540 square meters. 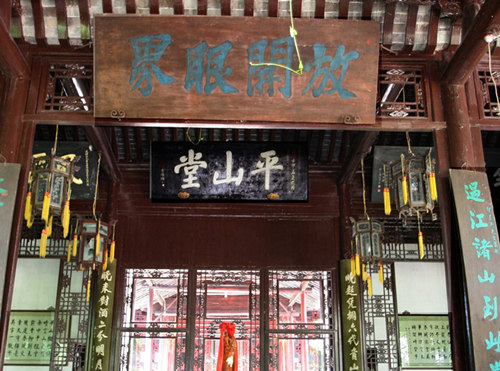 Ouyang Xiu, a literary giant in the North Song Dynasty (960-1127), once served as an official in Yangzhou and built the hall in 1048 to pay tribute to its scenery and quietness.

This hall was built to honor Ouyang Xiu by Su Dongpo, a great poet of the Song Dynasty (960-1279), when he took the office of the magistrate at 56.

The Ouyang Memorial Hall is also known as Ouyang Wenzhong Memorial Hall, or Liuyi Hall. Quyang used Liuyi Jushi as his alias in his old age, and Wenzhong was his posthumous name. 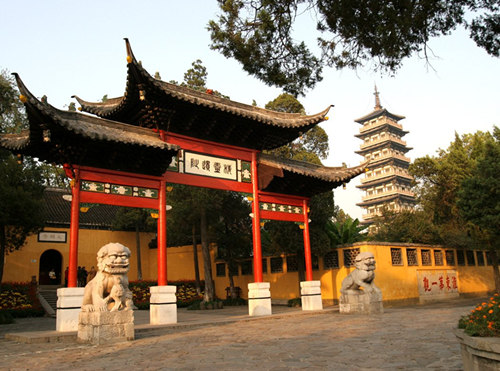