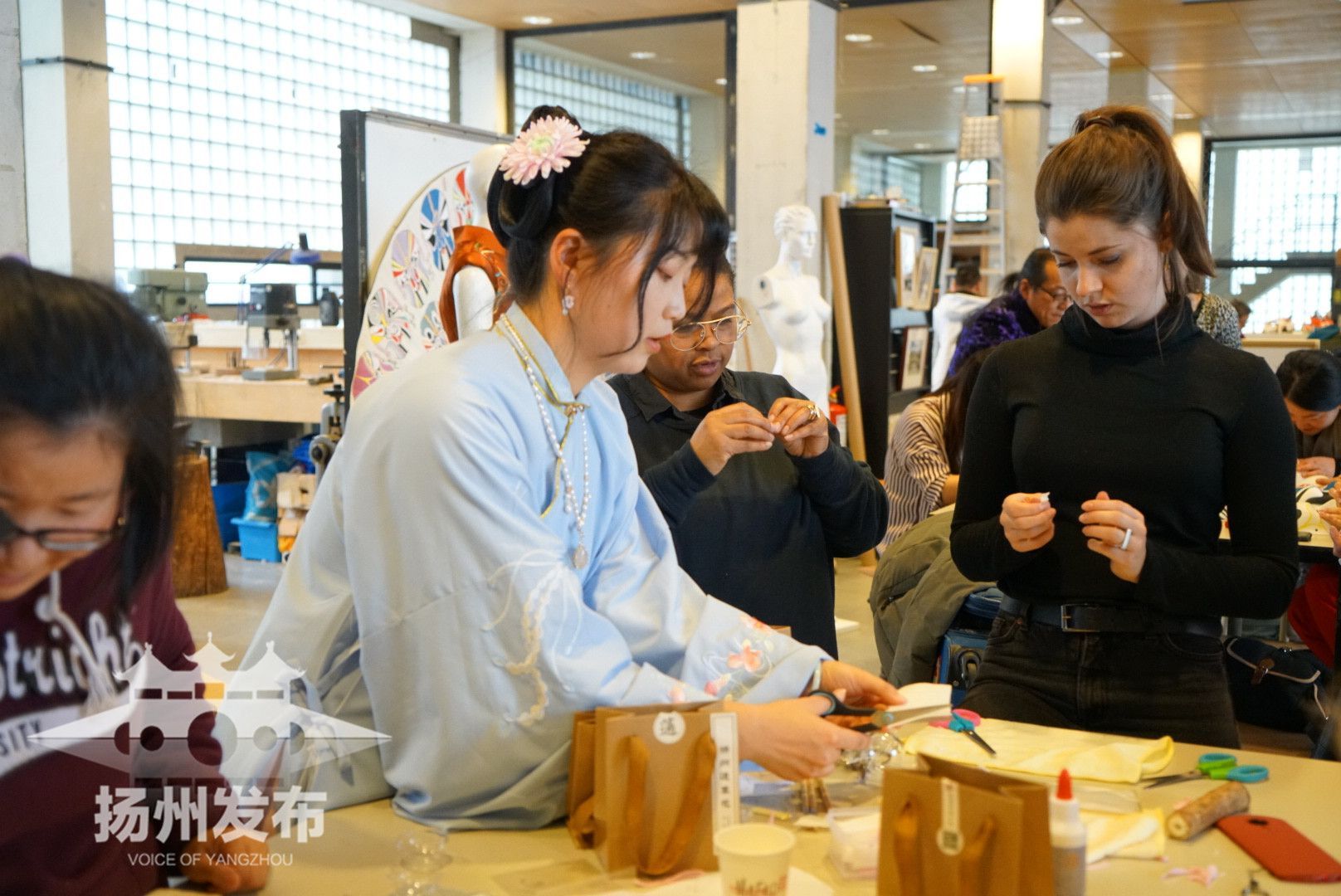 The China Culture Center in The Hague, the Netherlands held an event showing the intangible cultural heritages of Jiangsu province to celebrate Spring Festival on Feb 1.

One of Yangzhou’s intangible cultural heritages, tongcao flowers, or hand-made flowers woven from the leaves of rice paper plants, stood out at the event.

“Everyone was surprised by the techniques at first. It’s good to see that their works turned out to be very creative and skillful,” said Wang.