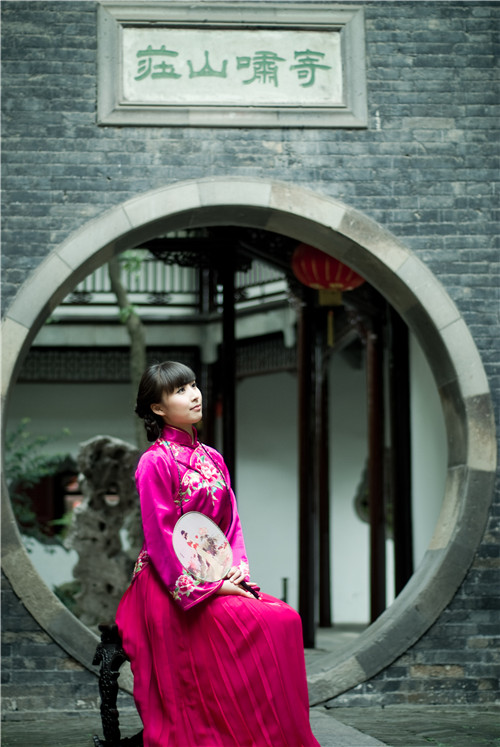 He Garden or Jixiao Mountain Resort is located at Xuningmen Street,near the Yangzhou ancient canal. It is a national cultural relics protection site and a 4A-level tourist attraction.

The luxury garden was built by He Zhidao, (1894～1972), an official in Hubei province who returned to Yangzhou, in the 9th year of Emperor Guangxu’s rule. The garden comprises residence areas, the east and west gardens and delicately-placed rocks. The different sections interconnect to create a pleasant living environment which combines both Chinese and Western elements, suitable for both living and sightseeing. One can never guess the inside of the garden by looking at its outside. He Garden showcases the architectural aesthetics and the living and sightseeing functions of Chinese private gardens in a harmonious way.

Since it was taboo to build high walls around gardens, creative craftsmen put up mountains on the walls. The Wall Mountain is more than 60 meters long, seemingly embedded in the wall. It climbs along the wall like running lions, turning the otherwise enclosed and depressing garden into an“urban mountain forest” that embraces nature.

Behind the crystalline stone screen, the Peony Hall is the first to welcome visitors. Its name comes from the tile pattern on the east gable of its nine-ridge roof; the gable pattern is composed of golden tiles and carved by high-relief techniques. The pattern comes from the classic Peonies Blown by A Phoenix. In the middle of the pattern stands the King of Birds, the Phoenix, surrounded by the King of Flowers, Peonies. There are also ganoderma and rolling leaf patterns, symbolizing good luck. The tile carving, while ingenious and natural, is also low-profile and modest; it has a strict layout and was skillfully carved. Therefore, it is considered exquisite among Yangzhou architectural carvings. 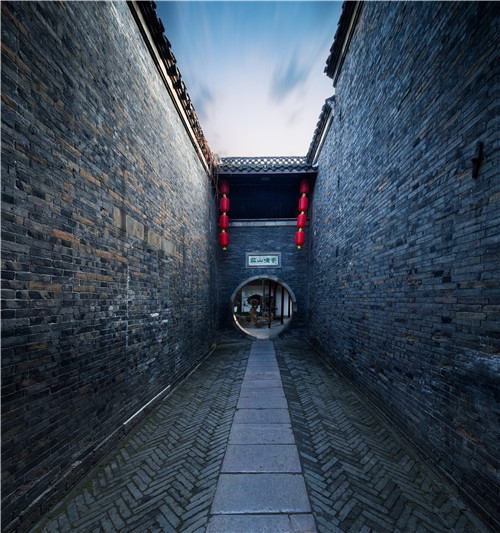 3 Lake Mountain
Stones from Taihu Lake were used in various spots: at the west garden to pile up the highest mountain in He Garden, around the pond, and at the southwest corner to imitate natural features - cliffs, peaks, unique rocks, people, articles, the scene of monkeys playing and of eagles standing on mountain tops.

5. Double-lane Winding Corridor
The 1500 -meter winding corridor is the first to come into view after visitors enter the west garden. It is the most special construction in He Garden, the only one of its kind south of the Yangtze River, and is praised as “an early model of China’s overpasses”. The corridor connects all of the buildings in He Garden, bringing about winding and changing beauties. It is the ultimate embodiment of the functions and charm of corridors! 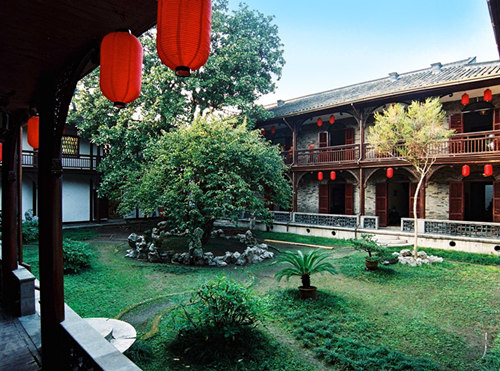